A young engineer’s forge ahead 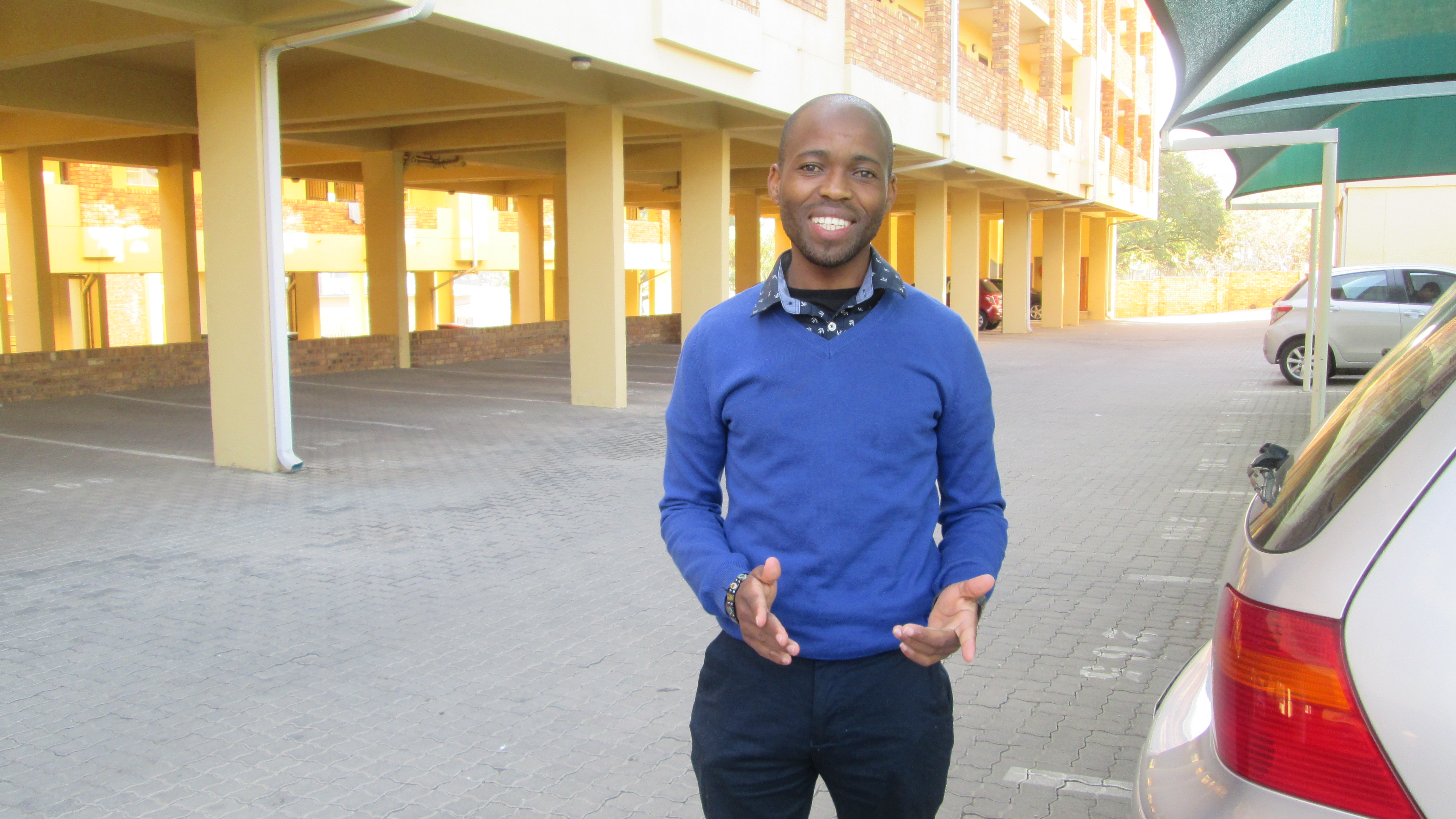 Ntseuoa Motsieloa’s story began in the small rural village of Ha Khanyetsi located at the foot of the Maluti Mountains in Maseru, Lesotho. His early life in these modest surroundings saw him attending St Benedict’s Primary School in the mornings, and afternoons herding his father’s cattle.

At nine years old, inspired by games his older brothers brought back with them from a school trip to the Katse Dam in June 1993 when the Lesotho Highlands Water Project was in the early stages of its construction, Ntseuoa could be found playing at water supply scheme games, building water tunnels using clay and plastic tubes, and constructing mini bridges with timber.

His parents, aspiring a better life for him, and knowing that the education he would receive in his home village would not provide this, took the difficult decision of sending him to the city where he could attend a better school for his secondary education – St Joseph’s High School. “Coming from the rural areas, I could barely speak English, but in my first year of high school I had a friend who spoke a rich English, so I would go home inspired every day and work at my English-speaking skills imitating what I had heard from him. I loved reading, too. I would read anything. If I saw a newspaper lying on the ground covered in dust or mud, I would pick it up, clean it and read it.”

In his final year of high school, he discovered the United Nations Library in Maseru, and Saturdays would be spent reading about wondrous bridges, dams and skyscrapers. In this library the seed was planted to pursue civil engineering.

HARD WORK, PERSEVERANCE AND A DREAM

One day, during his many readings, he came across the story of the astronomer, Dr Thebe Medupe, and his rise to success from poverty, which decided for him that if others could do it so could he. He settled for himself that his love for structures would become the means by which to build a better life for himself and for others. Aiming every day to do better than he had the day before, he graduated top of his class in 2002 and set his sights on attending the University of Cape Town (UCT), just as Dr Medupe had done before him.

However, his O-Level school-leaving certificate was insufficient for direct entrance into UCT, but far from being discouraged, after being granted a Lesotho Government Scholarship, he enrolled for a BSc degree in physics and computer science (no degree in civil engineering was offered in Lesotho at the time) at the National University of Lesotho. After completing his first year, also obtaining top marks, he applied to study civil engineering at UCT and was accepted for the 2005 academic year.

His undergraduate years were not without their challenges, though, and he added a year to his degree, continuing to work hard and in the process developing resilience and perseverance.

In 2009 he obtained first-class for his thesis and it was rated the second best in the cement and concrete materials category. Wanting to continue his education to Master’s level, in 2010 the Concrete and Cement Institute (now The Concrete Institute), in collaboration with the Concrete Materials and Structural Integrity Research Unit (CoMSIRU) at the University of Cape Town awarded him a scholarship for a Master’s degree in concrete materials and structural engineering, which he completed in 2012.

His research – Acid resistance of sewer-pipe concrete, carried out under Professor Mark Alexander – saw him invited to present this globally relevant data in May 2014 at the International Conference on Calcium Aluminate Cements in France. This research produced important findings on the resistance of sewer pipe concrete to acid, and he hopes that his findings will make a valuable contribution to the development of acid-resistant sewer pipes.

During the conference he was also invited as a guest to the International Union of Laboratories and Experts in Construction Materials, Systems and Structures’ (RILEM, from the name in French) Technical Committee on microbiological attack of concrete structures by its president, Prof Mark Alexander. Surrounded by world-renowned experts was a dream come true, and an opportunity for networking and enrichment. “I knew then that I could reach that level in the future through continuing hard work and surrounding myself with the best. I have learned that discipline for one activity inspires more activity, and this leads to an eternal circle of motivation and success in goal achievement.”

Ntseuoa is on a mission of upliftment and enjoys sharing his story and the lessons he has learnt for the benefit of others. He is especially passionate about youth empowerment. As a result he has created a website (www.tsie.co.za – still under construction) where he can interact with young aspiring engineers, share his experiences and challenges, and establish a mentorship programme attracting mentors and mentees from various organisations. “I didn’t know any civil engineers or structural engineers growing up and I would like to expose others to the motivation and support that I experienced when I first met an engineer. I want to share my experiences and challenges and have started to informally mentor a few students, too, including some even from Lesotho. In the future I would like to see other engineers collaborating with me and becoming part of the programme. Civil engineering is the future of our country. For the profession to handle the rising demand of tomorrow’s needs there must be education and empowerment of students, not only about civil engineering, but business training too.”

His website will also showcase stories of emerging leaders from six African countries, which he hopes will inspire others to defy the status quo and make Africa a better place through the work they do.

“The best thing you can do for yourself is to find out what you really want to do. Passion helps you through adversity and is the only antidote for failure; even when things are really bad, you can still survive. Set yourself a goal and find a mentor to help you address the challenges you face. Get their insights on how to achieve your dreams, and remember – you own your career, you decide its path.”

For the last couple of years Ntseuoa has been gaining the experience he needs to register as a professional civil engineer, and he plans to do an MBA as well in the next few years. In the long term he hopes to become an independent structural engineering consultant. “I want financial freedom so that I can give back to the community by sponsoring talented young minds and inspiring wealth creation through knowledge, just as I was helped by those who believed in me. But as a young engineer now I’m just happy to be focused on learning and acquiring experience.”